Summer in "The County"

This is a beautiful part of Ontario. Just driving the tree-lined roads in The County [the locals name for Prince Edward County] is a calming experience. 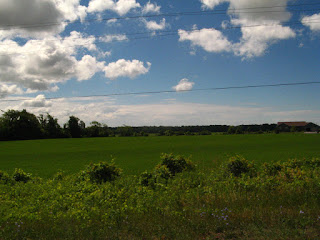 We have enjoyed watching the fields go from ploughed earth, to rows of green which became corn or vegetables or hay.


Each time we drive to Wellington, we slow down to see the mini horses.

As you drive the winding roads, you get glimpses of the lake,


or lines of trees, or sometimes a house down by the water or hidden by the barn.

The Barn Quilt Trail winds all over the County. We have seen the ones on the main roads.

The patterns vary from traditional quilt designs to unique designs special to the business or family. 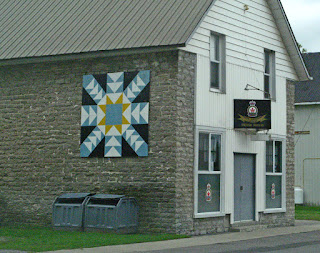 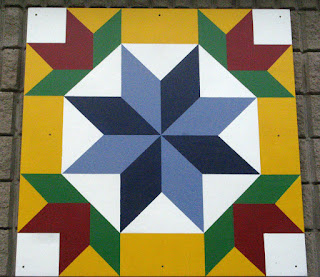 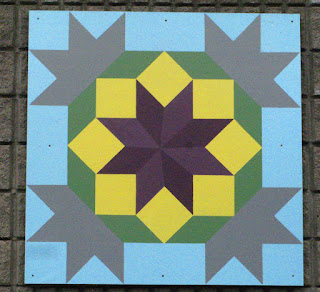 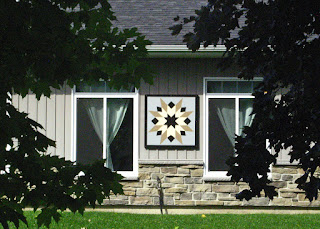 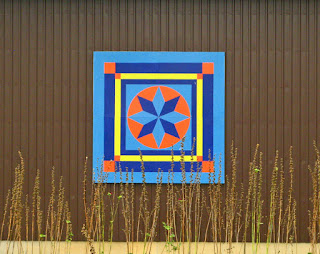 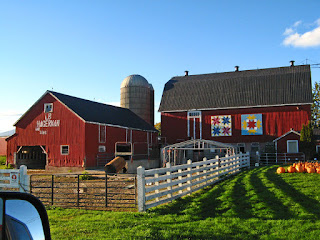 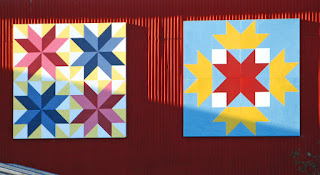 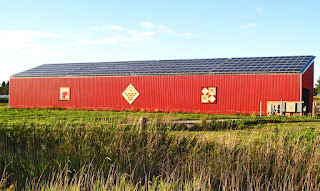 We love them and are going to design one for our house to put above the garage door.

The towns have something special almost every week. Canada Day was a big celebration, starting with a street Dance in Wellington on Friday evening,

and parades and activities all day in each town.

Picton’s Main Street even had sod rolled down for a children’s play area.

Nearby Cobourg hosted its huge annual outdoor craft show. It was fun to see all the new ideas and catch up with artistes who have become friends over the years.

Brighton hosted Applefest, with the main street closed off and lined with craft and food kiosks, and a parade.

A huge Craft Fair and a Quilt show were held in Picton, but we were out of town. There are delightful little stores in each town. We have spent most of our time in Wellington.


We have driven to Belleville the back way,

many times and to Trenton to work out at the "Y"- actually John works out, and I may do aquafit, or just shower and then read or work on the computer.

One day we decided to take a drive north of 401 on the Brighton highway. We found delightful towns- Campbellford with the largest Toonie,

right on the canal.

One weekend, we travelled to Richmond,

just on the outskirts of Ottawa for an Airstream Rally. It was fun to renew friendships with folks we had met at the Spring Rally.

On a free afternoon, we drove to Manotick, and walked through the Historic Mill

and then around the square. 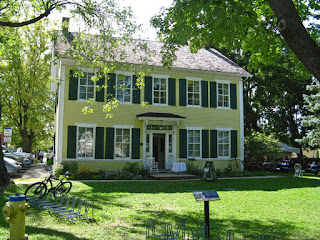 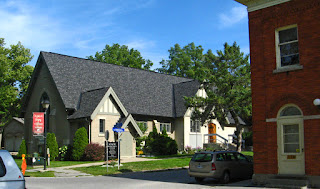 When we left the Rally, we drove across Ottawa to Hither Hill Campground on the east side, to meet our Friends from Nova Scotia,[who we had met in the Yukon last year!].

We spent a couple of days catching up and just enjoying their company.

We went from there to Montreal to spend some time with John's Mum. She was having the huge maple tree in the backyard taken down, and wanted us to be there.

The tree was rotting from the bottom, and she feared it could fall on the house. It was fascinating all-day to watch the two fellows take off branches, one at a time,


and then use the chipper on the smaller branches

and cut down the trunk.


We will be visiting many more of the towns and fascinating places along the Taste and Wine Trail as time passes. However, we have not explored as much as we had planned, as I have been spending time 3 mornings a week in Physiotherapy,

and not walking too well, or even sitting easily in the car, the rest of the time. I am on fairly strong pain meds, so haven’t done much writing either. The nerve that was pinched on the drive back from Santa Fe in May, has not been helped significantly by exercise, medication, physio or time, so having now seen an orthopedic doctor who read the MRI and found what is probably a cyst on the vertebrae, a decompression operation is necessary. The date is set for early December. The only little wrinkle with this is that the house closing is Dec. 1 and the move in shortly thereafter….  Oh well c’est la vie, the boxes will wait until I can move around and bend down.

We have been to Wellington a lot to check on the progress of the house.


It was really exciting when they actually broke ground

and we knew we would soon have a house. We checked often as the hole was dug, the footings went in,


the basement gravelled, and walls poured,

then the framing began

.
The trusses arrived and soon were in place.

The trusses arrived and soon were in place. We made a quick trip to Montreal, to come back to find the plywood on the roof and the doors and windows in.


Now the shingles are on, we owe the next payment! The inside work can begin.

It looks more and more like our dream each time we check.